This isn’t going to be a technical or necessarily professional focused recap. A lot happened this year and I’ve been trying to capture it in words, though I don’t think this post will fully capture the pace and craziness of this year. It’s a bit jumbled and a bit stream of consciousness at times. So strap in. 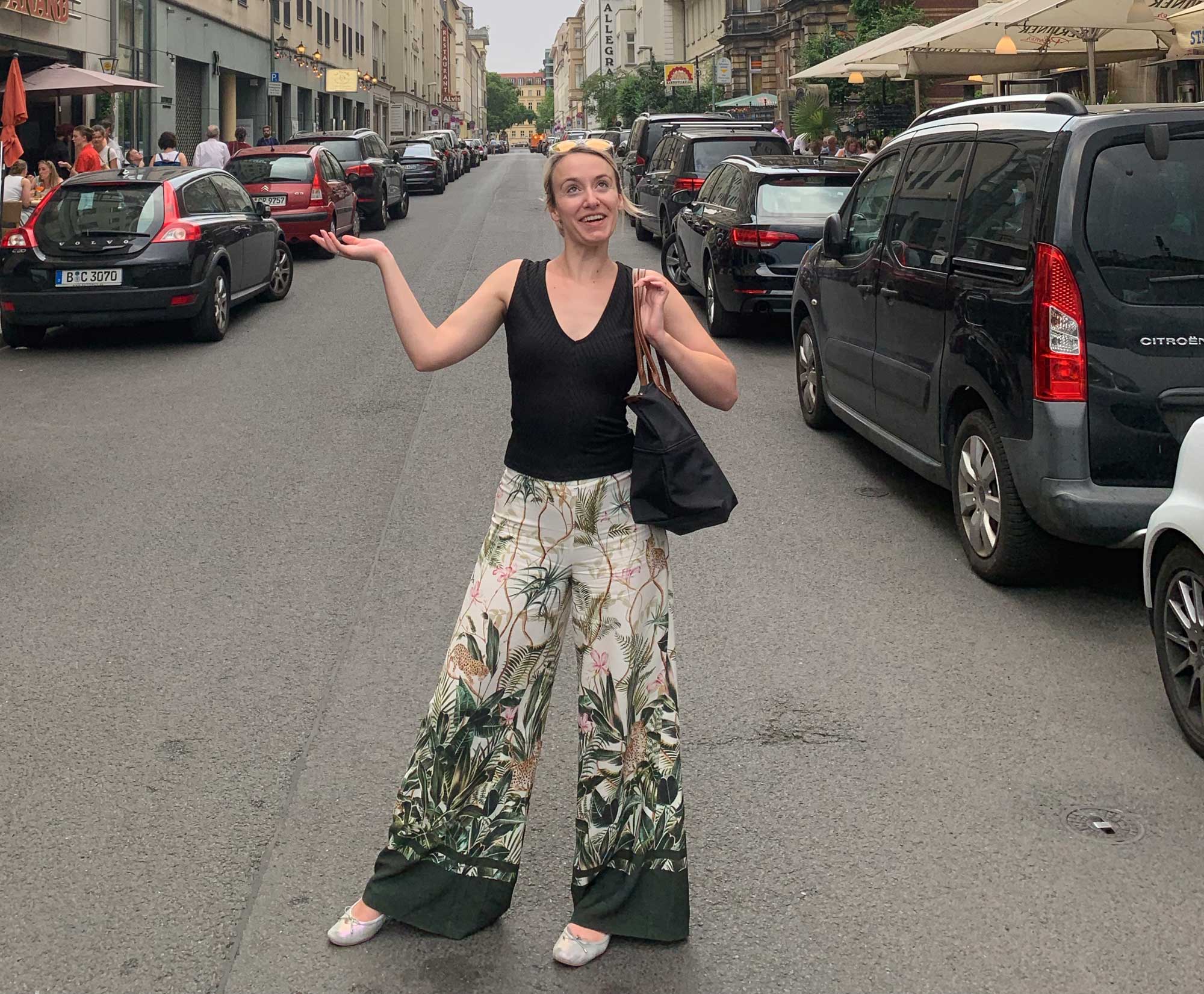 Berlin, May 2019, right before it started pouring rain

If you’d have told me at the beginning of the year what 2019 held for me personally and professionally, I’d probably have rolled my eyes and chuckled, maybe even scoffed. “Abso-fucking-lutely not,” I would have said.

That seems to be a recurring response in my life (from me) and perhaps that’s something I need to pay attention to. Life, no matter how hard you try to plan it, does not turn out how you ever envision it.

I started the year with my closest friends in my home and then went on to have a root canal a few days later after pain so severe I couldn’t sleep or would be woken up once the painkillers wore off in the middle of the night. I couldn’t get into a dental surgeon for 5 days.

2019, despite a seemingly positive, if rather haggard start with friends, had not started out great. Things were then relatively low-key. Things were looking like they were going to be low-key all year.

March brought an extremely uncomfortable conversation at work that ultimately made me stronger, and ultimately affected the team for the better.

Then an email from DiBi conference came through one day and I decided to submit my first CFP for a conference. I’m not sure why I did it, maybe Scotland was calling again, and I was accepted.

April set the tone for the rest of the year, though I didn’t quite realize it then: I flew to Smashing Conf SF, flew home, and then 12 hours later left to go to Phoenix to see my family, then flew home a few days later and went straight to Easter weekend festivities with my closest friends. Looking back at all my travel this year, I did that quite a few times and I honestly kind of sort of loved it.

May brought more work travel and more friend gatherings and some form of travel every single week. I also started a Mindfulness course at work that would last through the end of the year, which profoundly affected me and the way I respond to things.

June mellowed out but brought a promotion at work (a title change!) and July picked back up again with Bass Coast Festival, another conference and the start of The Web We Want, before a small break in August.

Then absolute insanity in September, October, November and December.

In September I gave my first conference talk in front of 200 people and survived!

October turned my world upside down. I wasn’t expecting it. I certainly wasn’t looking for it but as someone who believes the universe puts you where you need to be; I can’t help but believe I was exactly where I needed to be. Looking back there were too many factors that led me to that particular spot that were extremely out of character for me. I keep asking myself “why” and I don’t have an answer. There were a million and one excuses I could have made to avoid that spot. As an introvert, I’m good at doing that. But this time I didn’t and it sparked a lot of change. Some sad. Some good. All of it necessary. But I know what I felt.

As I woke up early in New York and watched the sunrise from my bed on the 44th floor of my hotel on the first day of Smashing Conf NYC, I felt tired...but happy. I was at the end of a 6-week run of travel: a week in Scotland, a week at home, a little over a week in Amsterdam, a week at home, a week in New York, and then I was looking at a two-week break before more travel in November. It was exhausting and it’s certainly not sustainable forever but I was living for it.

December, I found myself in Scotland again, my happy place with a dear friend and colleague. I went and I saw Skatebård in Edinburgh and I saw Palms Trax in Glasgow. I reveled in me-time. I went back to the same bar 4 nights in a row, made friends with the bartender and had the best drinks. I settled in to where the year has led me.

And as the year draws to a close, tonight I will find myself with the same group of friends on New Year's Eve. Not in my home this time, someone else’s, but I’ll be with all the beautiful souls I care for deeply.

It was a year of tremendous growth.

Of things I didn’t even know I could do that I did.

Of stress and overwhelming work.

Of finding my voice.

Of putting my needs and care for myself first.

Of connecting with people who inspire me.

Of being validated by people in my industry I view as an inspiration.

That last one may make you pause and say, others don’t need to validate you – and you’re absolutely correct, but that doesn’t take away the absolute joy I felt when those that inspire me told me to keep writing, told me to keep doing what I'm doing, told me that what I'd written was good, really good, told me that they respect me. Those words matter to someone who has consistently struggled with imposter syndrome and a feeling like I don’t belong. I feel like I’ve finally found my place.

Yeah that imposter sneaks up on me from time to time and I’m sure it will for a while but I finally believe people when they tell me I’m good at what I do.

Anthony Bourdain put it so eloquently: “Travel changes you. As you move through this life and this world you change things slightly, you leave marks behind, however small. And in return, life — and travel — leaves marks on you.”

While my travel this year has been quick and all over the US and Europe, those marks in the form of friendships and connections made have left an unbelievable impression. I am hungry to connect with people outside my bubble. I never thought I’d be lucky enough to visit so many different places for work and get to tie in a personal day. I am extremely privileged.

I used to struggle with international trips where I was by myself. But I shifted my perspective on my last trip to Berlin.

How lucky am I? To have dinner by myself in Edinburgh or Berlin? To feel anxious about visiting a city where I don’t know the language? Those are feelings to be cherished because you get through them and they make you stronger. They make you feel more complete. They make the connections you make feel more special because you came to a city not knowing anyone and you left having connected with someone. And it’s a beautiful mark, no matter how big or small, because it’s a mark that was left on you, that changed you. For the better.

I’m not sure what 2020 holds for me. I know what I’d like to do. I know there are things I have to do. For the first time though, I'll be approaching things a bit differently. I will be embracing and asking, “why not?”

Why not submit 30 CFPs for conference talks?

Why not go to Burning Man finally?

Why not join your friends and get into mountain biking?

Why not plan another international girl’s trip? This time maybe more wine, more beach and less winter weather though.

Why not do the things and revisit the dreams you forgot about long ago?

I know when I write about it the way I have, the year doesn’t sound that bonkers, but it absolutely was for me. I found energy I didn't have 10 years ago. I don't know where it all came from.

And it was incredibly transformative. I’ve had people from all parts of my life tell me how much I’ve grown and changed in the last year and I can feel it. I’m living it. I'm happy with it.

(The title of this post is from Kate Bush’s song, Running Up That Hill, which has been on repeat a lot recently, well, the Meg Myers cover version has. If there's a song that summarizes my year, it's probably that one.)