Here is some initial reading/watching/listening to do on Subgrid:

In this example, I've created a grid container and nested div that I've placed along the parent grid. This nested div spans from columns 3 to 11 and rows 3 to 6.

I then apply display:grid; to the nested div and then add grid-template-columns: subgrid; which will inherit the parent grid's column tracks.

But the important part here is that the nested grid is inheriting the parent grid's column tracks by simply using grid-template-columns: subgrid;. Here's a codepen of the current example:

Again, this next example focuses mostly on utilizing subgrid to inherit column tracks from the parent grid. I am currently working on another example that uses grid-template-rows: subgrid; for another post, but because of the tendency for things to be laid out in a vertical rhythm on the web, most of my ideas for exploring subgrid have been around inheriting the parent grid's columns.

You can find the full page of this example under my CSS Grid Experiments: CSS Subgrid & Good Omens, and yes, I am a huge nerd because the Good Omens adaptation delighted me so much I dropped in quotes from the book and photos from the show because one should love what they create.

I won't go into as much detail with this layout, but explain briefly what I did.

Within the first subgrid, I've explicitly defined where each column should be placed and how many rows it should span and we get the illusion of a layout that may be complicated if trying to replicate using something other than grid. 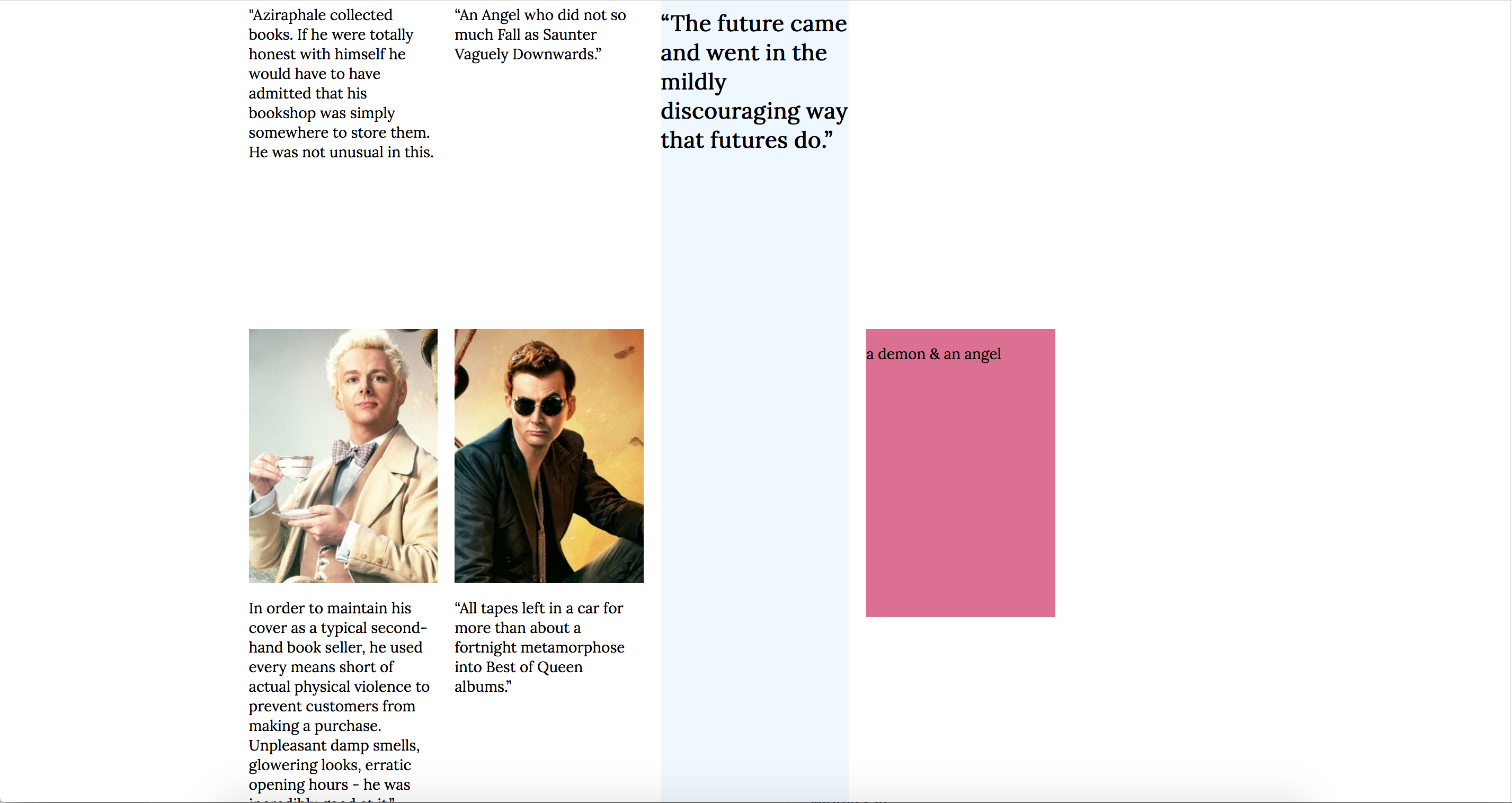 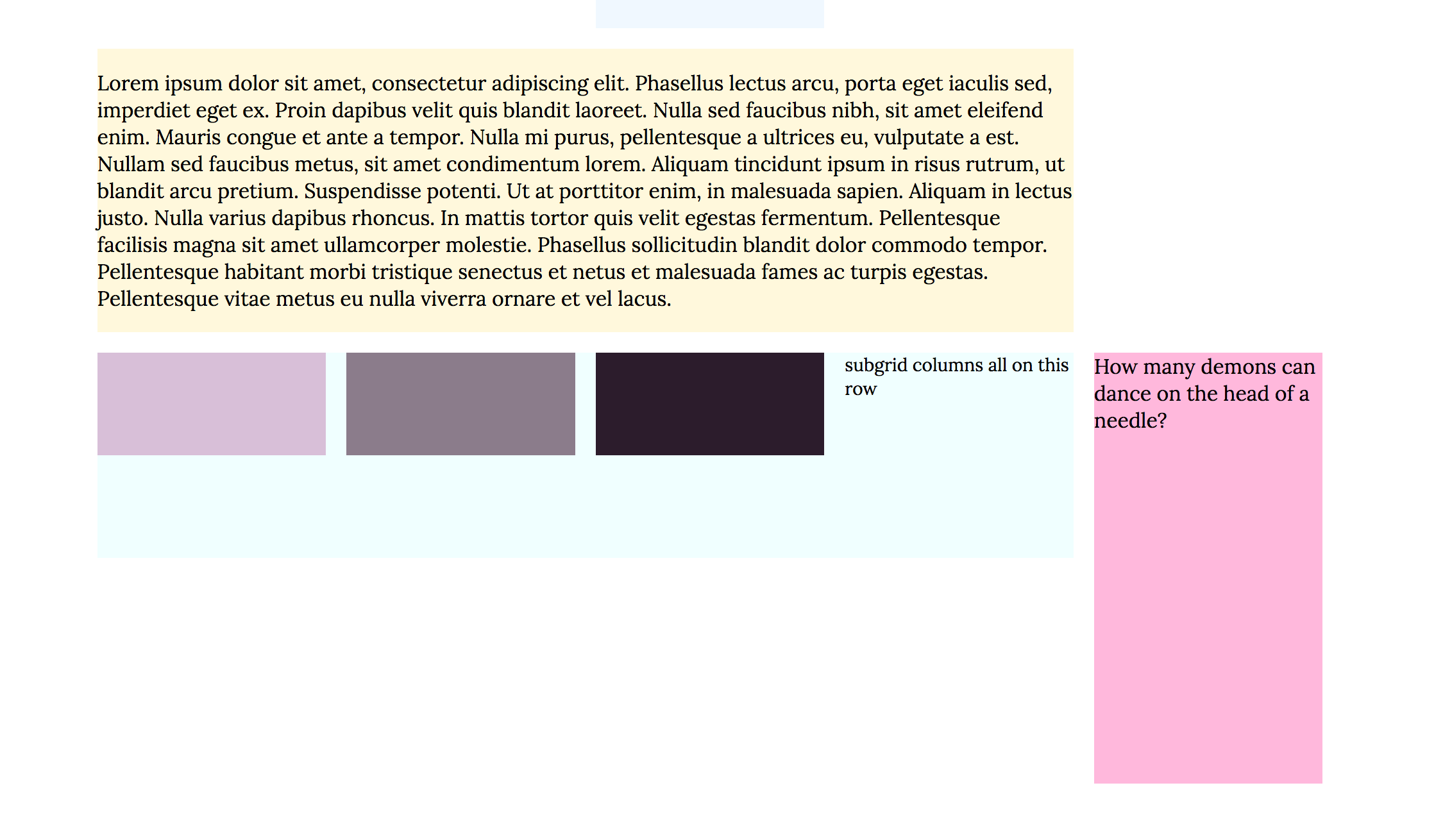 And then because I can, I placed another item on the parent grid that is top-aligned with the second subgrid by sharing the same row start. Ta-da!

Subgrid makes alignment within a large layout much easier to manage. This post with the examples was just a way for me to start to dip my toes into what's possible with subgrid & I hope to work on a few more posts with patterns that would benefit and be simplified by the use of subgrid.

As someone who works on the DevTools UX for Edge, I even have a few ideas around how to improve the experience for viewing subgrid in the DevTools but first other browsers need to start implementing the spec for it.